Underemployed As You Age 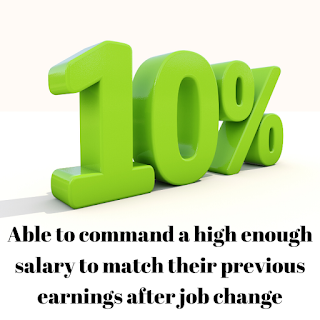 ProPublica and the Urban Institute data - job security is hard to come by for older workers:


10% of those who managed to find work after being laid off or forced out of a job were able to command a high enough salary to match their previous earnings.