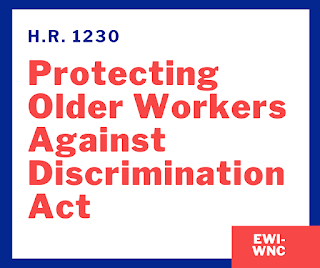 From the National Council on Aging (NCOA) - on January 15, by a bipartisan vote of 251-155, the House passed H.R. 1230, the Protecting Older Workers Against Discrimination Act.

According to a 2018 AARP survey, 61% of older workers said they had either faced or seen age bias in the workplace.

Advocates are urging the Senate to pass a companion bill, S. 485, sponsored by Sen. Bob Casey (D-PA), who is the Ranking Member of the Senate Special Committee on Aging.